ProSoundWeb | Welcome to Your Pro Audio Community and Resource
Posted by David Bucci at 4:27 PM

Pitchfork: Daily Music News The Stooges Reunite for Coachella
"I'm only living to sing this song. Just the same, baby, I need some money, baby."

Steve Haag reports:
It took 28 years and a duet with Kate Pearson, but Iggy & The Stooges are reuniting this April at the Coachella festival. While that, in and of itself, counts as tres Pitchfork-worthy news, that ain't all there is! The remaining living members of the influential Detroit garage band-- Iggy Pop, guitarist Ron Asheton and drummer Scott Asheton-- will be joined onstage by thunderstick god (read: bassist) Mike Watt. (Insert your own piss bottle joke here, our reservoir has run dry.) Watt steps in for David Alexander, who died 28 years ago in 1975, which is like before me and your moms and shit had you. Hopefully the band will be able to drag Watt away from San Pedro long enough to get him to Coachella in Indio, CA for the performance Sunday, April 27th.
Posted by David Bucci at 10:15 AM

Godspeed You! Black Emperor Questioned as Suspected Terrorists, Continue World Tour
"What do you think this world's gonna look like in 2003?"

Ryan Schreiber reports:
Renowned Canadian nontet Godspeed You! Black Emperor were held for questioning as possible terrorists at an Oklahoma gas station last weekend, while driving from a concert they'd played at Fort Worth, TX's Ridglea Theatre to a show to be held the following Monday at the Blue Note in Columbia, MO. According to Tom Windish, a representative for the band at The Billions Corporation, the band pulled their two vans and white-panel truck, which they use for toting equipment, into an area gas station to refuel. Upon seeing the motley crew of nine musicians, the station's attendant phoned the police, reporting the possibility that the band might be terrorists.

Before even having a chance to leave the station, the group was reportedly surrounded by police cars and FBI agents who, a representative for Chicago's Abbey Pub, where the band played this weekend, said had guns drawn. The band was held for questioning for roughly three hours before finally being released as innocents. "They get hassled by The Man regularly," said Bruce Adams, co-founder of the Chicago-based label Kranky. "Police pulling them over, anything you can imagine. It's just the feeling in the country right now."

"I just feel very lucky that we weren't Pakistani or Korean," Godspeed You! Black Emperor frontman Efrim Menuck told Pitchfork at the band's Chicago performance on Friday night. "They detained 1,000 people in California, no one knows what happened to them. We're just lucky we're nice white kids from Canada. That's what I feel lucky about." Menuck was reluctant to further discuss the incident, citing that they had already told the story at a performance earlier in the week. Constellation Records, which the band presently records for, had no comment.
Posted by David Bucci at 10:09 AM

buddyHEAD : g o s s i p (shhh): In other Jack White news… Jack White may have a new gig… as the bass player in The Stooges! That’s right, the original Stooges are getting back together and recording some new tracks. Obviously the original bass player, Dave Alexander is still dead, so on the new songs, not only is Jack White “producing”, but he might be playing bass as well. Bad ass! Let’s hope they do some shows with this lineup.
Posted by David Bucci at 7:44 PM

Email ThisBlogThis!Share to TwitterShare to FacebookShare to Pinterest
The Onion | Would You Care To Join Me For An Unbelievably Awkward Dinner Sometime?
Posted by David Bucci at 1:53 PM

Har Mar Superstar: You Can Feel Me: Pitchfork Review
Posted by David Bucci at 11:13 AM 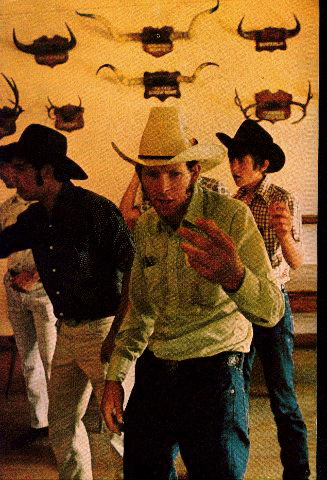